Policies and procedures for faulty and adjuncts needing library resources or instruction.

A podcast is an audio program presented as a series online. Each podcast recording is an audio file distributed to subscribed listeners or downloaded individually. Similar to radio programming, podcasts typically have hosts who present information, talk with each other, or interview guests.

While corporate media outlets continue to become more concentrated, podcasts offer a venue for independent creators of media. Podcasting is inexpensive to start up at home and free to distribute, making it possible for virtually anyone with an internet connection to communicate with the world. There are over 65,000 podcasts available via Stitcher today. The creators and topics are diverse, meaning you can find podcasts related to every discipline.

A Brief History of Podcasting

Podcasting was inspired by bloggers in the early 2000's. Experts and amateurs alike were blogging independent of corporate media outlets on a variety of topics. Several bloggers were incorporating recorded audio files into their blog posts. RSS web syndication technology enabled users to subscribe to frequently updated, episodic text content like the content found on blogs and news sites. Several people and companies were developing this and similar technologies simultaneously to create podcasting. Adam Curry, a former MTV VJ, and David Winer are widely credited as the developers of podcasting. David Winer, one of the developers of RSS, introduced a way to syndicate audio files in addition to text in December 2000.  Winer created the first feed for journalist Christopher Lydon in September 2003 to syndicate the audio recordings of his reporting and interviews (Watson, n.d.).

Guardian journalist Ben Hammersly coined the term "podcast", which is a portmanteau of "iPod" and "broadcast", in February 2004. Podcasting started to be noticed and discussed in popular media in 2004 and was added as a feature to iTunes in June of 2005 (Wikipedia, n.d.).

Podcasting gained popularity throughout the mid-2000's. BBC and NPR were the largest adopters of podcasting amongst traditional media outlets. Its popularity has ebbed and flowed since then. Podcasting is enjoying a bit of a renaissance with several immensely successful podcasts, including 2014's Serial (Bishop, 2014).

Using Podcasts in the Classroom

Finding and Listening to Podcasts

You can use podcast search engines to find podcasts related to your discipline. You can also use the serach function within your podcast apps and browse the top podcasts charts. Once you find a podcast you're interested in, subscribe to it using your podcast app.

Creating and Distributing Your Own Podcast

If you have a computer, an internet connection, a good microphone, and a pair of headphones, you too can make a podcast!

Visit these sites for recommendations on getting started from podcast topic ideas, recording equipment, software to record and edit your podcasts, and information on how to distribute, tag, and market your podcast. 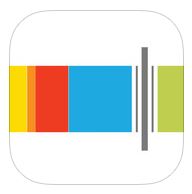 NPR One, an app that lets you listen to NPR stories from around the country.

Slack is a great tool for groups to use to stay in contact, share files, and much more. 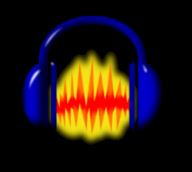